During August 2018 there are several planetary transitions that could emphasize certain aspects of our lives. It will be a good period to go forward with our personal learned lessons. So what we have learned recently could represent a useful tool for the next period of time (Mercury and Mars go direct), especially in terms of decisions, actions, competition, even our mental energy such thoughts, ideas, knowledge.

On the other hand, Uranus will go retrograde on August 7th starting with 2˚33″ Taurus. It will stay retrograde until January 6th, 2019 (28˚36″ Aries). During this time, it will switch signs, from Taurus to Aries; popular speaking from stable territory it will go back to the fire platform. It seems like there is something that needs to be resolved, before moving deeply into the next step. This period could frame some social movements. Something that it was in a social attention starting in late June 2017 could be back in the spotlight. Symbolically, Uranus breaks the social rules, it stands for humanity, and during the retrograde period may unfold social issues, problems that affect a massive group of people. However, Uranus has a reputation as being unpredictable, even bringing eruption, usually can change stable things; it is a revolutionary planet. Being in Taurus it could be patient enough, however, when it will go back in Aries (starting with Nov 8th, 2018), and it could activate again the old fighting energy, emphasizing the courage and we can see more people acting rebellious. In other words, things that had happened in the second part of the last year could reappear.

It will be very interesting to watch any association, any aspects that Uranus will make with others planets in the next following months.

More then that, on August 11th we will have a Partial Solar Eclipse in Leo. However, during this eclipse, we will have six retrograde planets. A lot! In other words, the outer planets (Pluto, Neptune, Uranus) are retrograde, plus Saturn, Mars, and Mercury. So even if there could be an open road for many of individuals, there could be several blockages, limits, and indecisive moments. To conclude, it will be not that smart to take an important decisions. Things may not be easy to clarify or to finalize.

In terms of aspects, there seems to be several days more intense than others. Actually, on the first day of August, the red planet Mars will be in a perfect square with Uranus. So the first day of the month could be challenging, a culmination point where we realized that old structures or circumstances affected our energy, our way of acting, manifesting. Some people could be very excited during this day and may want to do uncommon things. It will be useful if we think before acting, but we know that during this time Mercury is retrograde, and in some cases it may block logical thinking.

On August 8th, 9th, 10th and 11th could be challenged too, thinking of many aspects that will occur.

Then, August 26th it could be a challenging day, especially in terms of relationships, cooperation, love, values and hidden things. So this day could bring tension, inner distress over the personal resources (money, possessions, talents, or even the sense of self worth). So the energy of the day may require some sort of inner transformation, change of values that may not come easy.

There are not many aspects in comparison with other months, but thinking of these retrograde planets being in aspects with each other, symbolically it could send each of us in past, to reanalyze things, to rectify and find the best resolution for an eventual open issue.

Wishing you all a very happy month! 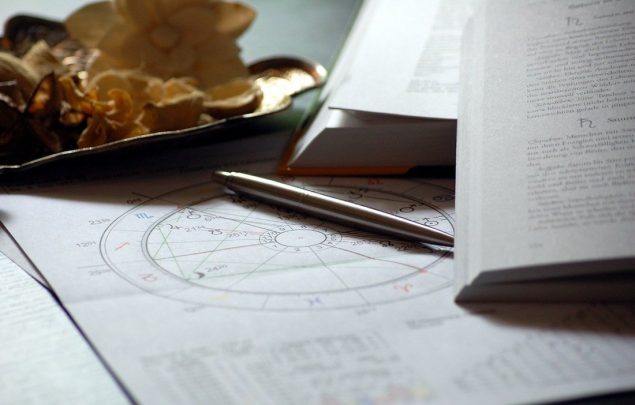